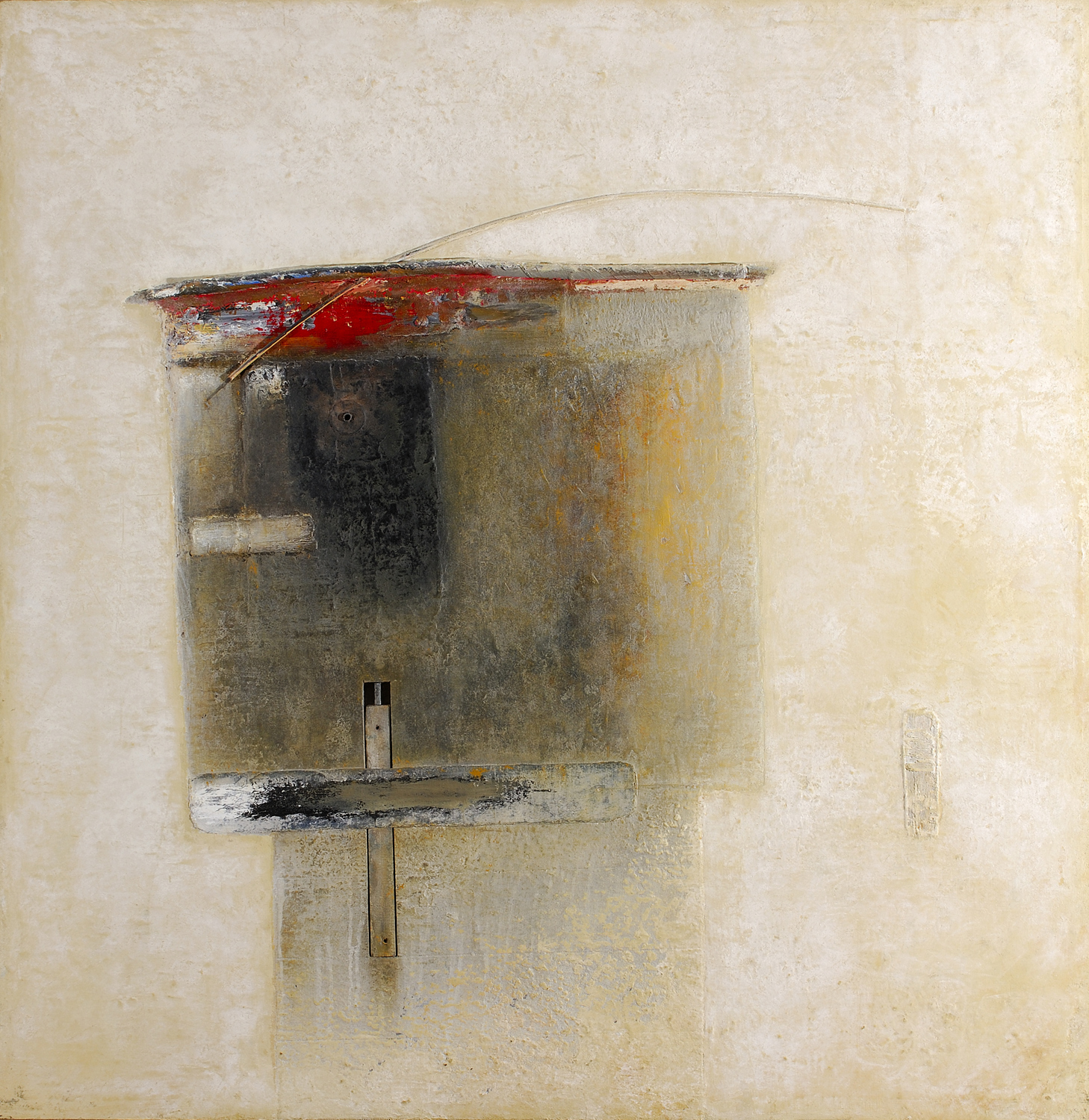 François Cante Pacos was born in Paris in 1946. He is defined as a sculptor before a painter. His works are inspired by the seascape.

He gratuated from Ecole Nationale des Arts Appliqués, and studied in Etienne Martin’s Studio at the Beaux-Arts in Paris.

In the 1970’s, he was discovered by Pierre Cardin who ordered to him numerous works like the creation of a logo for the Espace Pierre Cardin in 1972, where his first personal exhibition was diplayed.

He created many monumental works, under public orders and for international companies :

The painting is interminably covered with numerous layers, until it becomes a thousand-year-old wall.
It is a patient and complex process of elaboration that breathes into rather tidy forms a vibration conveying uncertainty.
The artist transfers onto the gaze the imprint of recuperated materials that he likes for their power of soul. Using collage backing, he then elaborates a creation constructed with great rigour whose presence remains sensitive as a memory…
“I am not a colourist”, explains François Cante-Pacos.
“My sandy, clayey ochred palette is limited to mineral. Form concerns me less than the equilibrium of tensions. What I track is the density of matter, the omnipresence of a space that surrounds you and stresses our finitude.
My dream: to fix light and make silence out of sound.”