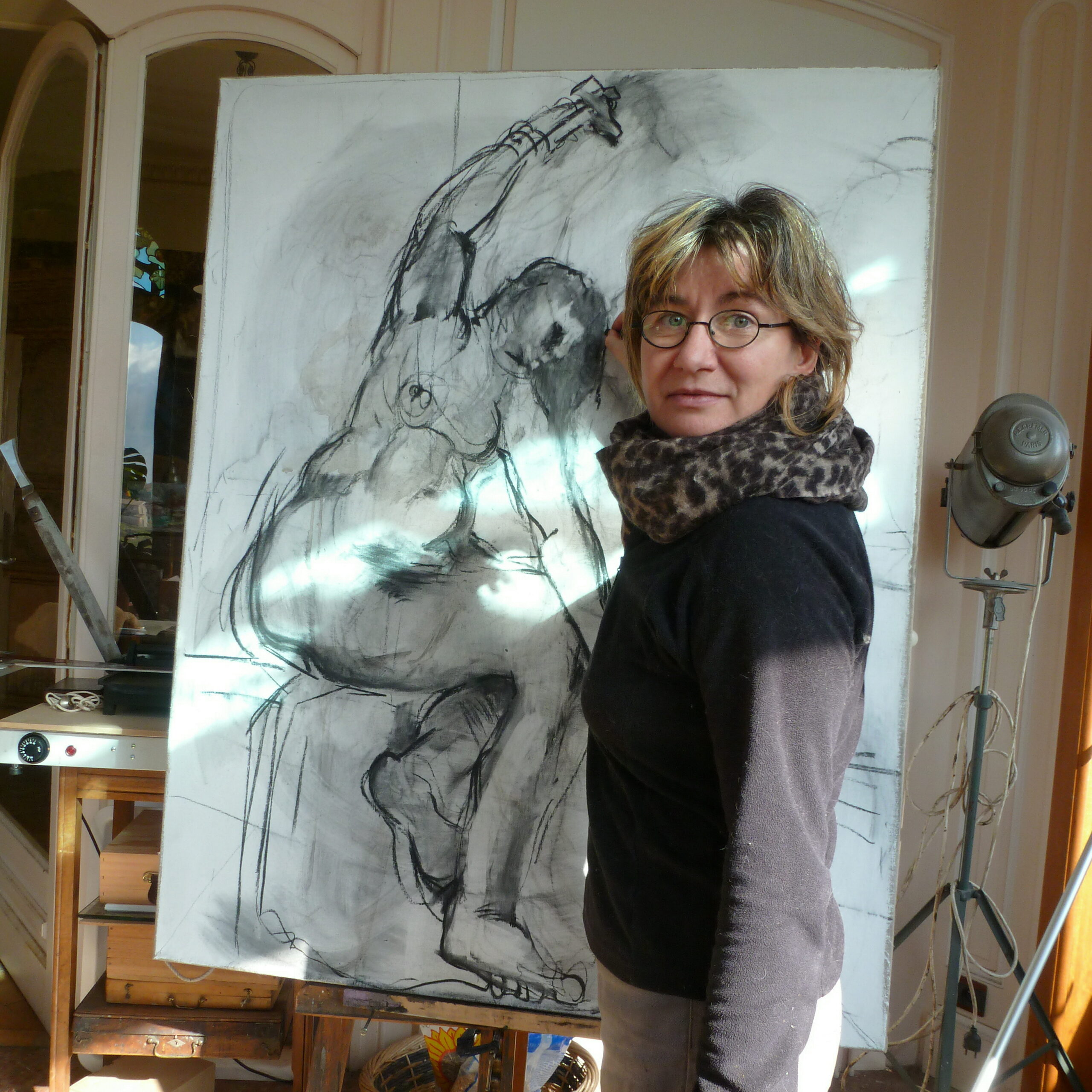 Fabienne Comte was born on 8 November 1963 in Lyon.

Fabienne Comte’s painting emits unmistakable energy. We can discern the generous, fiery and maybe sacrificial gesture. An exorcising gesture which rejects the figure as a privileged partner in a face-to-face encounter which the painter intends to dominate through a creative exercise which always sends her back to her starting point. Her journey is a solitary one. In order to follow it, we must also discard the drapes of a stereotyped classicism, shake off the old, ossified academic rags and violate a reassuring and misleading comfort. Painting is not meant to please. Was Fabienne Comte influenced by fate when she made her choice? If the human figure predominates her paintings, then undoubtedly it signifies that she has made an irreversible pact with it. The artist lucidly colludes with essentials: material and colour, to tell her story of humanity. The drawing emerges naturally in, and through, colour.

Expressionism hardly requires any tips from our school of painting, where balance in harmony is the key to quality. With Fabienne Comte, the uniqueness of her talent for exacerbation is justified by her inordinate taste for thick paint worked into carnal excesses, overstating her brush strokes to capture the image of a body. This metaphysical and physical relationship which the painter has with her model leads one to seek its origins. As regards narrative history, it is diverse. Translated through sequences which are but fragments of a whole, they are illustrations of a body which is subject to constant deciphering, like verses of a poem, renewed by thematic and recurrent ebbs and flows.

Each of Fabienne Comte’s paintings is a mirror where our gaze, disturbed and uncertain, enters and is lost. Her painting is a receptacle for a sole yet multiple truth, where a formal virginity which echoes her personal visions, is revealed.” Lydia Harambourg