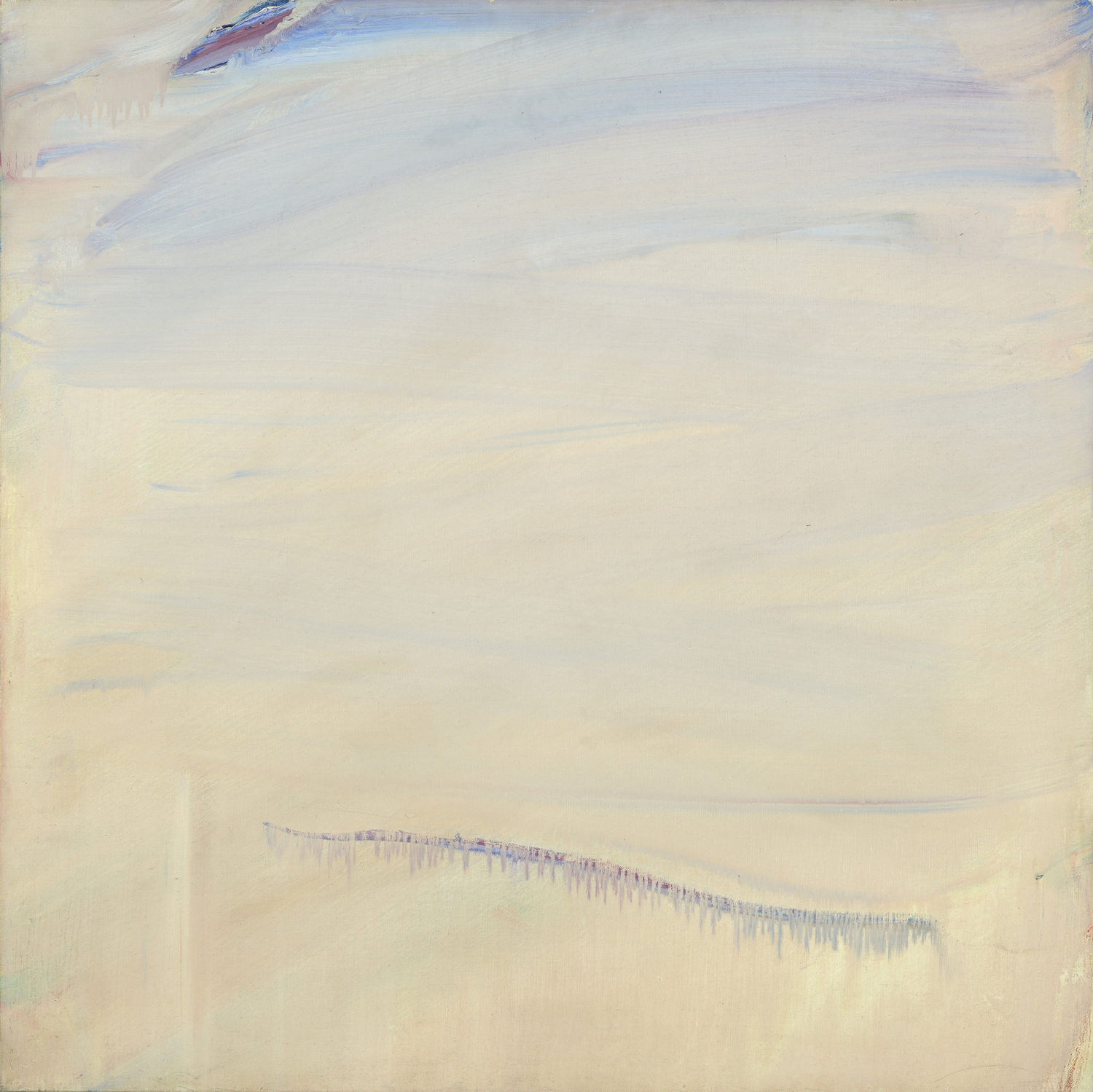 Born in Paris in 1920, Olivier Debré (1920- 1999) started painting in 1943 under the influence of Picasso. Between 1945 and 1947, he created his first non-figurative paintings : compositions of signs painted of paper with gouache or Indian ink.

During the 1960’s, he went back painting landscapes, with more fluidity and touches of thick matter limitating and creatinng spaces.

He described his painting as “fervent abstraction” because it symbolizes the emotion felt in front of a landscape.

His entire work is unique and paradoxal. Olivier Debré’s painting is definitively of abstraction but it is a painting of reality and nature, where we can see the remembrance of his many journeys.

Olivier Debré was able to paint big abstract canvases “from the view”, whether it was on the banks of the Loire, in China or in Scandinavia.

On March 1999, Olivier Debré became a member of the Fine Arts Academy in Paris but passed away in June of the same year.